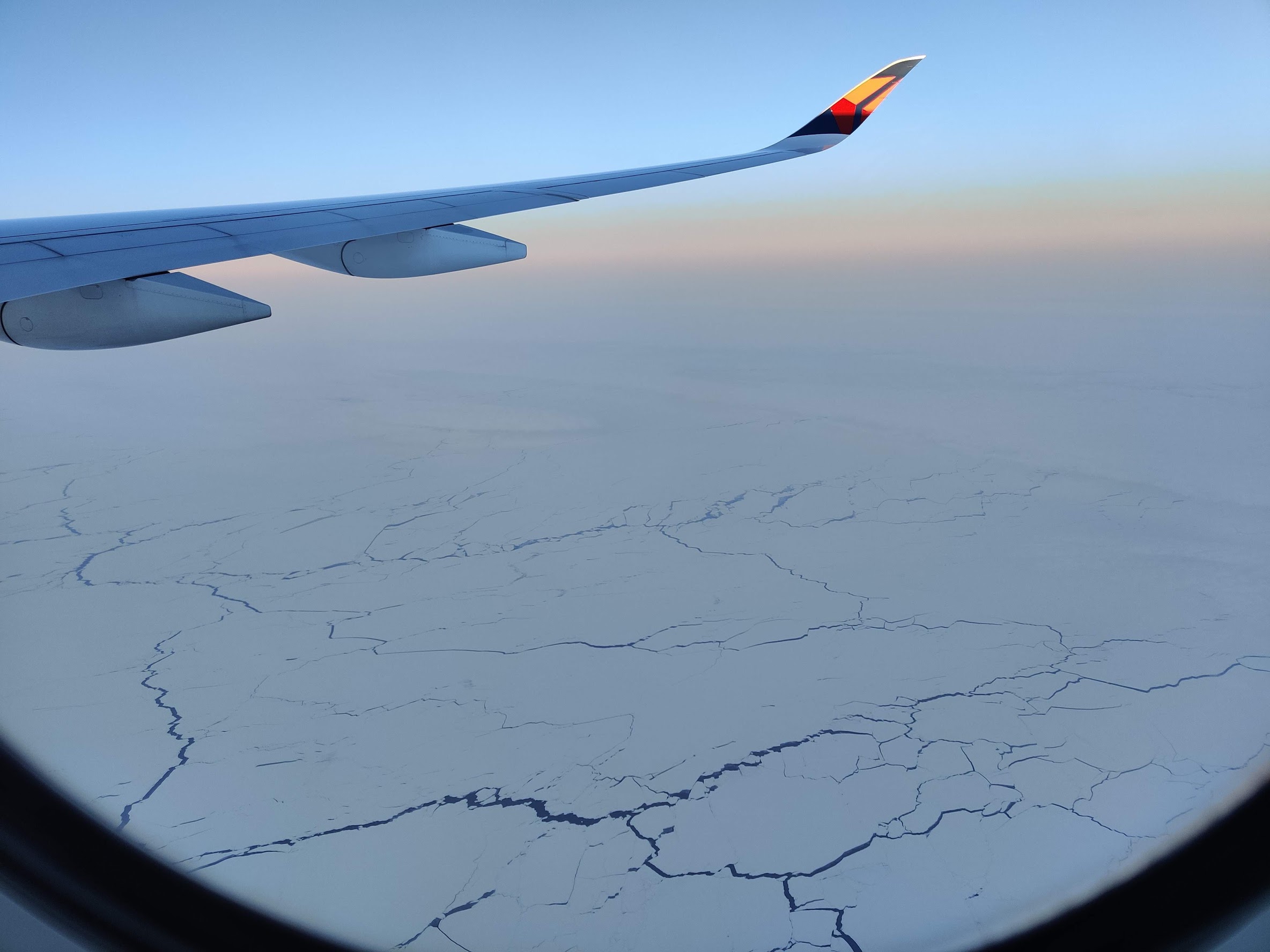 Several hours after leaving bed, I was above the Arctic Ocean. It was like a dream.

Before going on the trip back to China, I had been trapped, or prisoned, at my residence in Baltimore for almost half a year.

Such multifold illusion was easily stripped out. Regularity first, then distance measured by modern travel-time. Normally it would take

It was not a dream, but a blend of dream and reality. The concept of “illusion” is deceptive. Just like the virtual reality is only virtually virtual. What the world has are difference kinds of realities, and our life constantly jumps from one to another.

Picture time and reflection time. As an attempt to re-discovery a different measurement of distance, I tried to locate the photos on Google Maps as accurately as possible. Photos were taken as the plane (flight number: DL159) moved along its trip from Detroit to Incheon, South Korea. 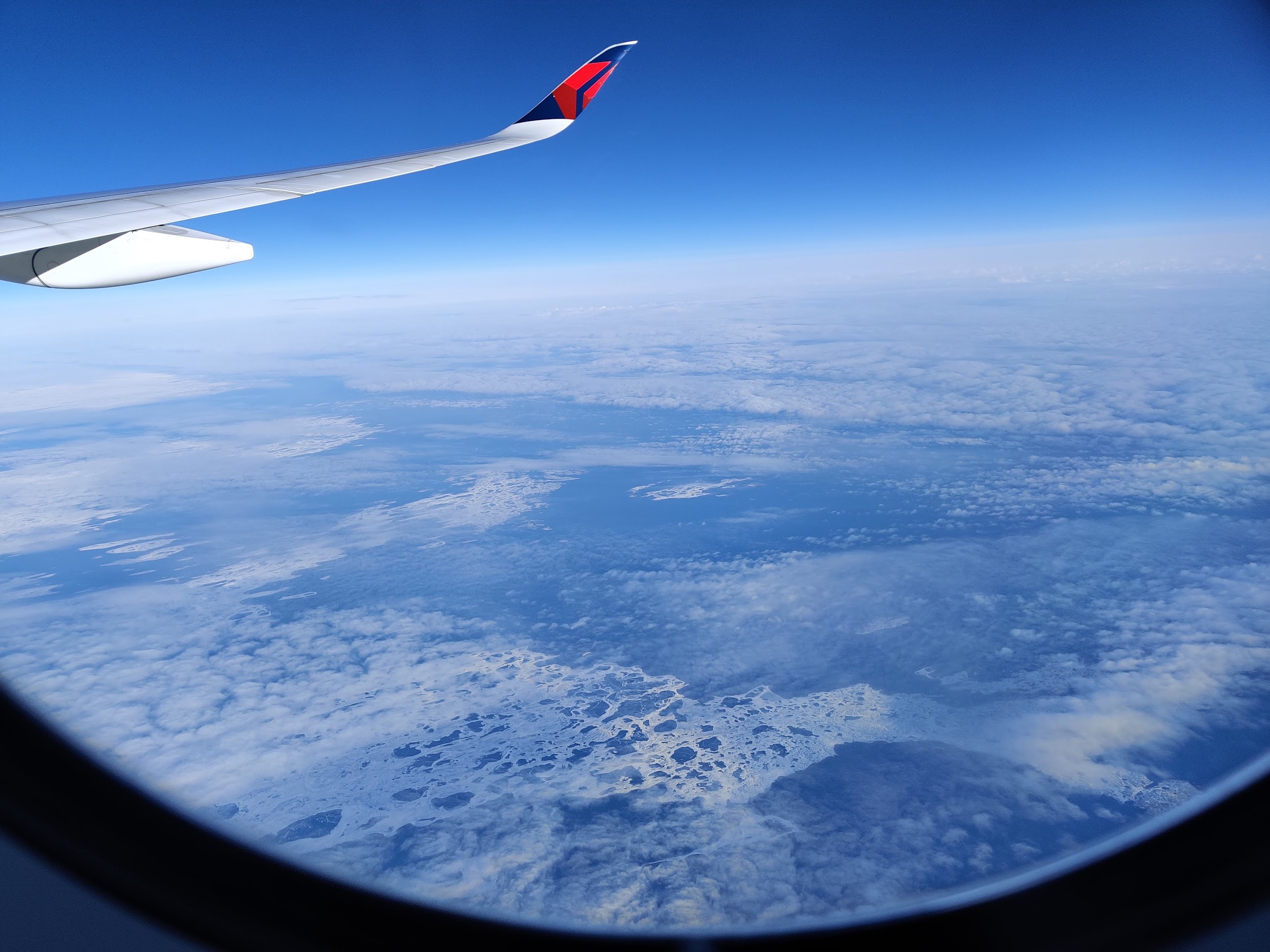 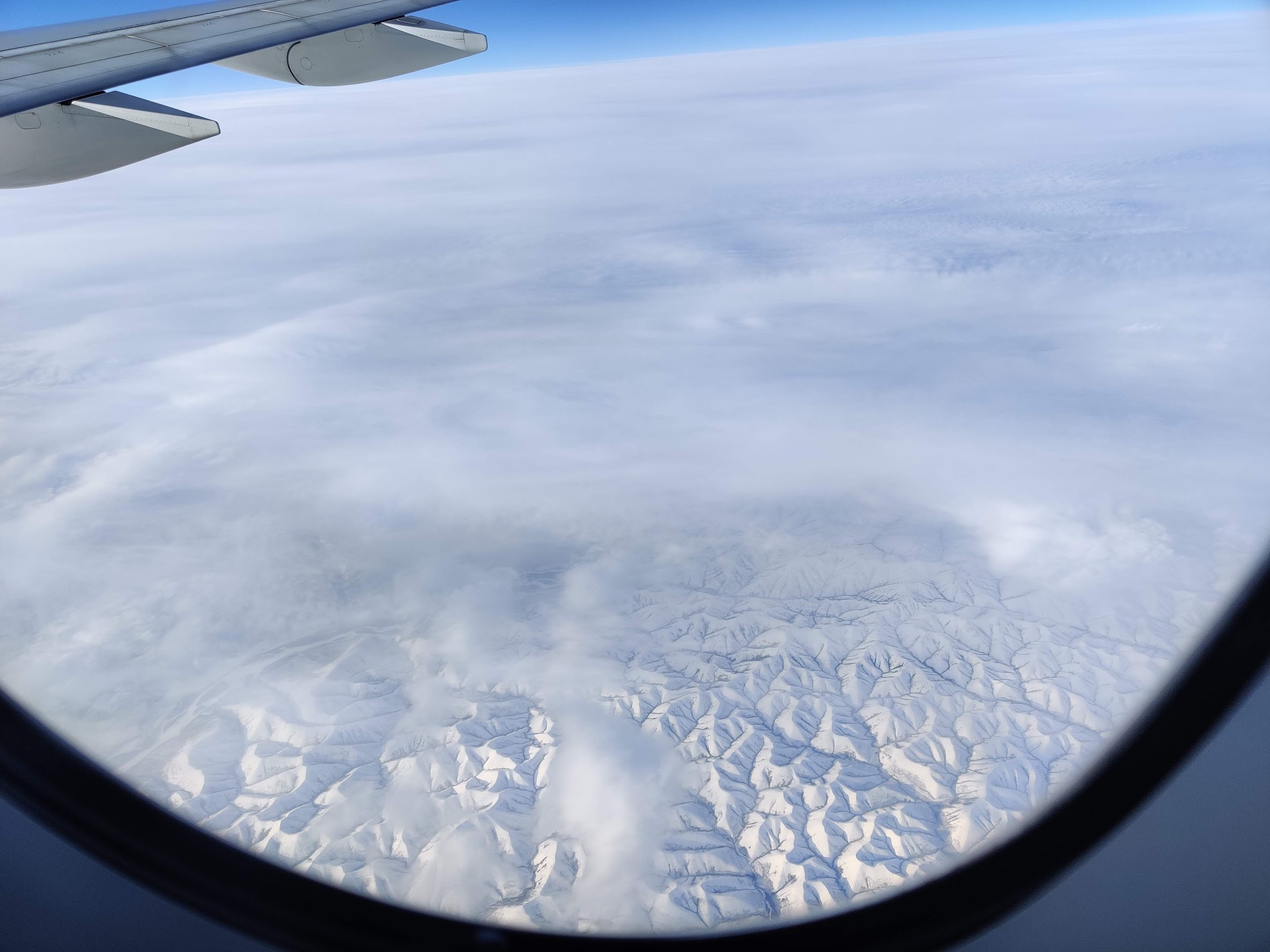 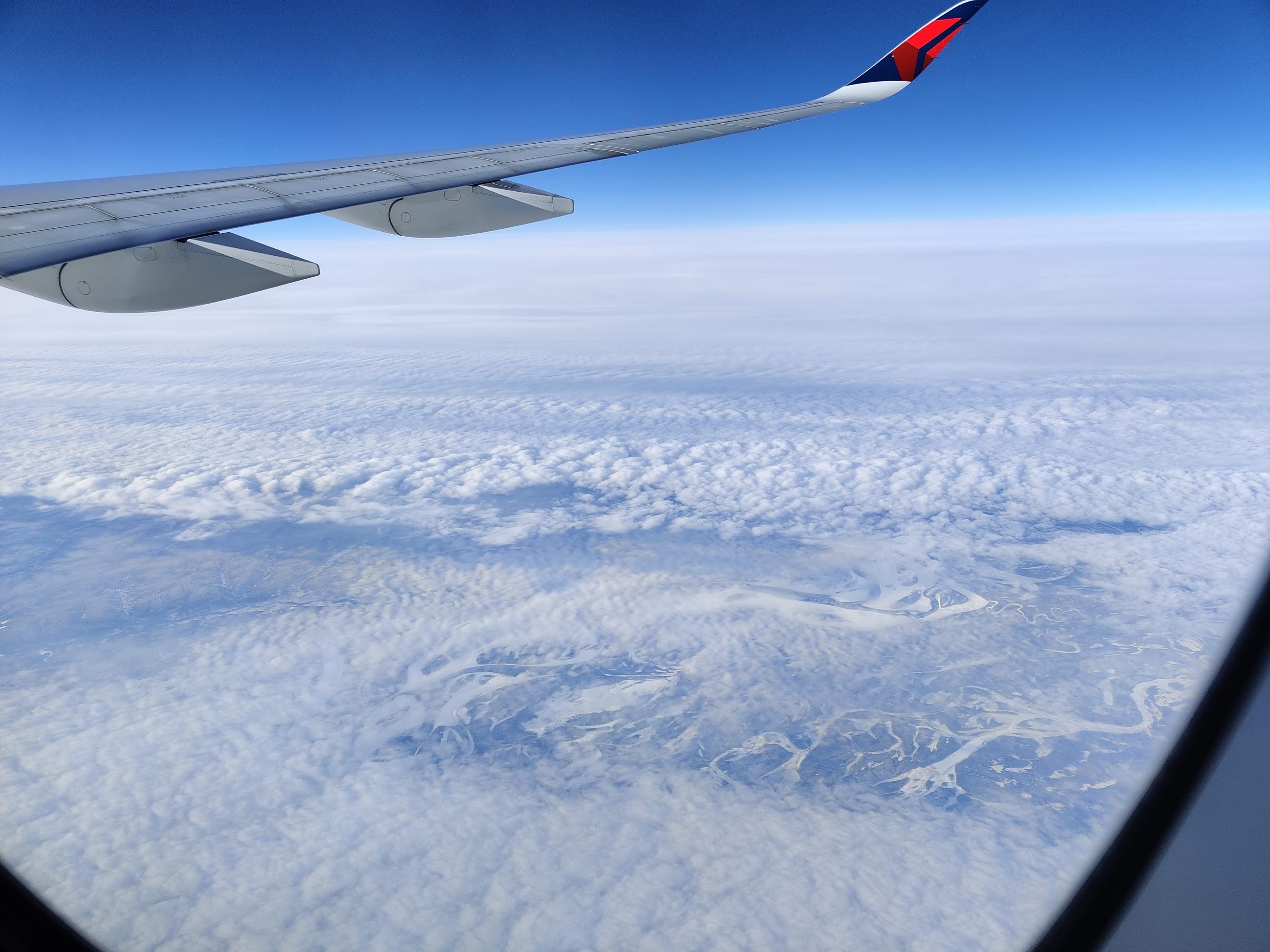 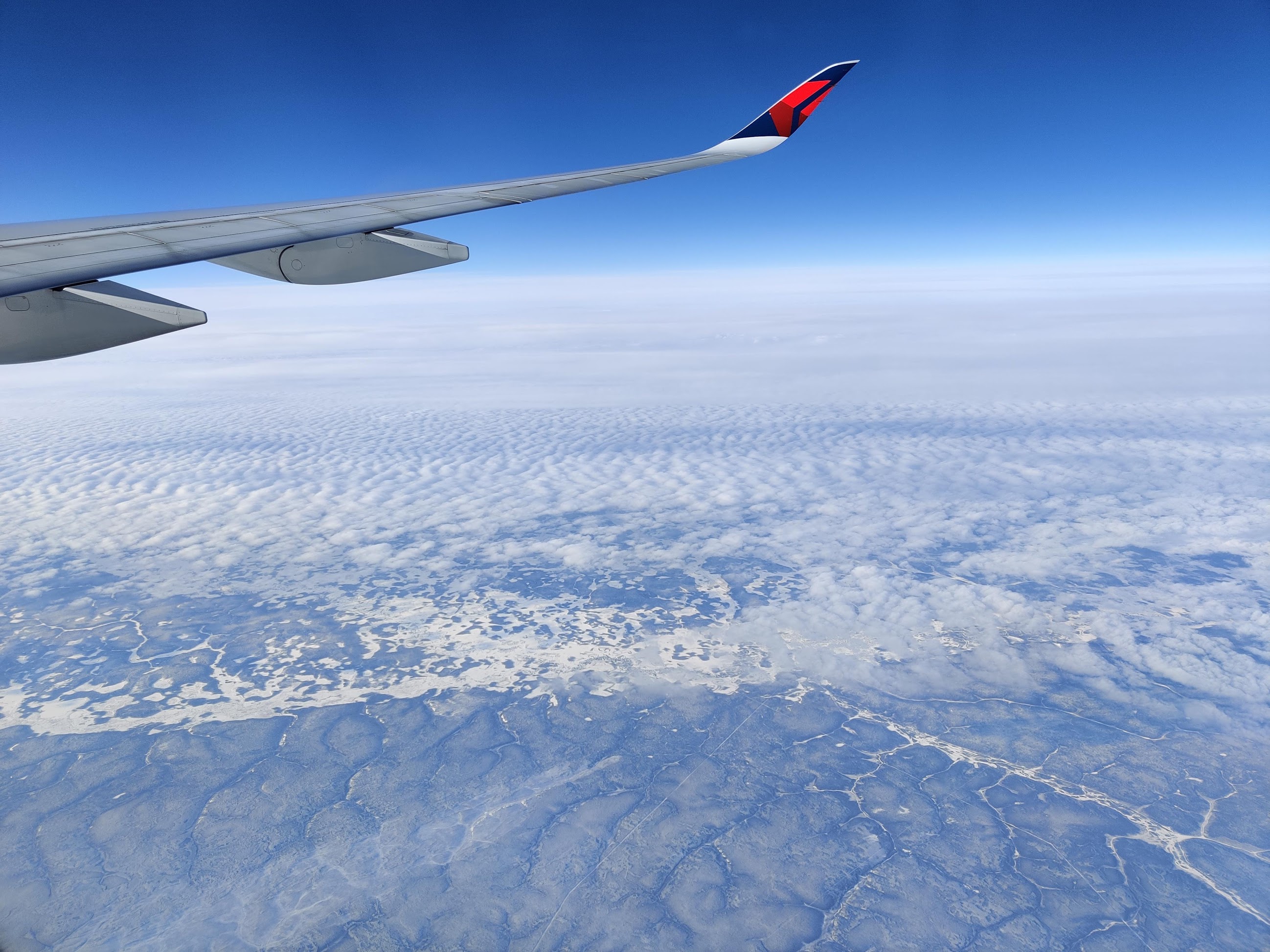 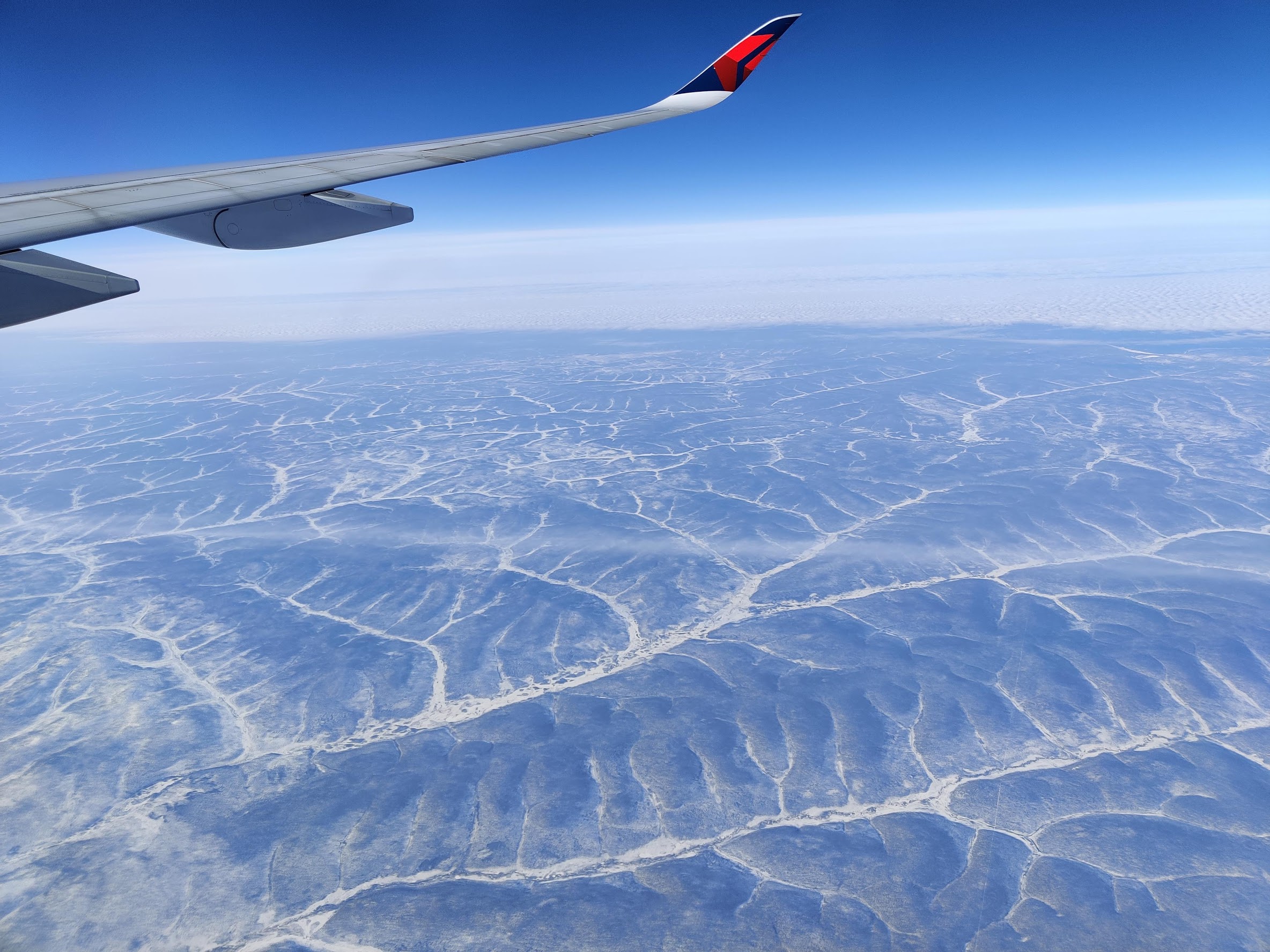 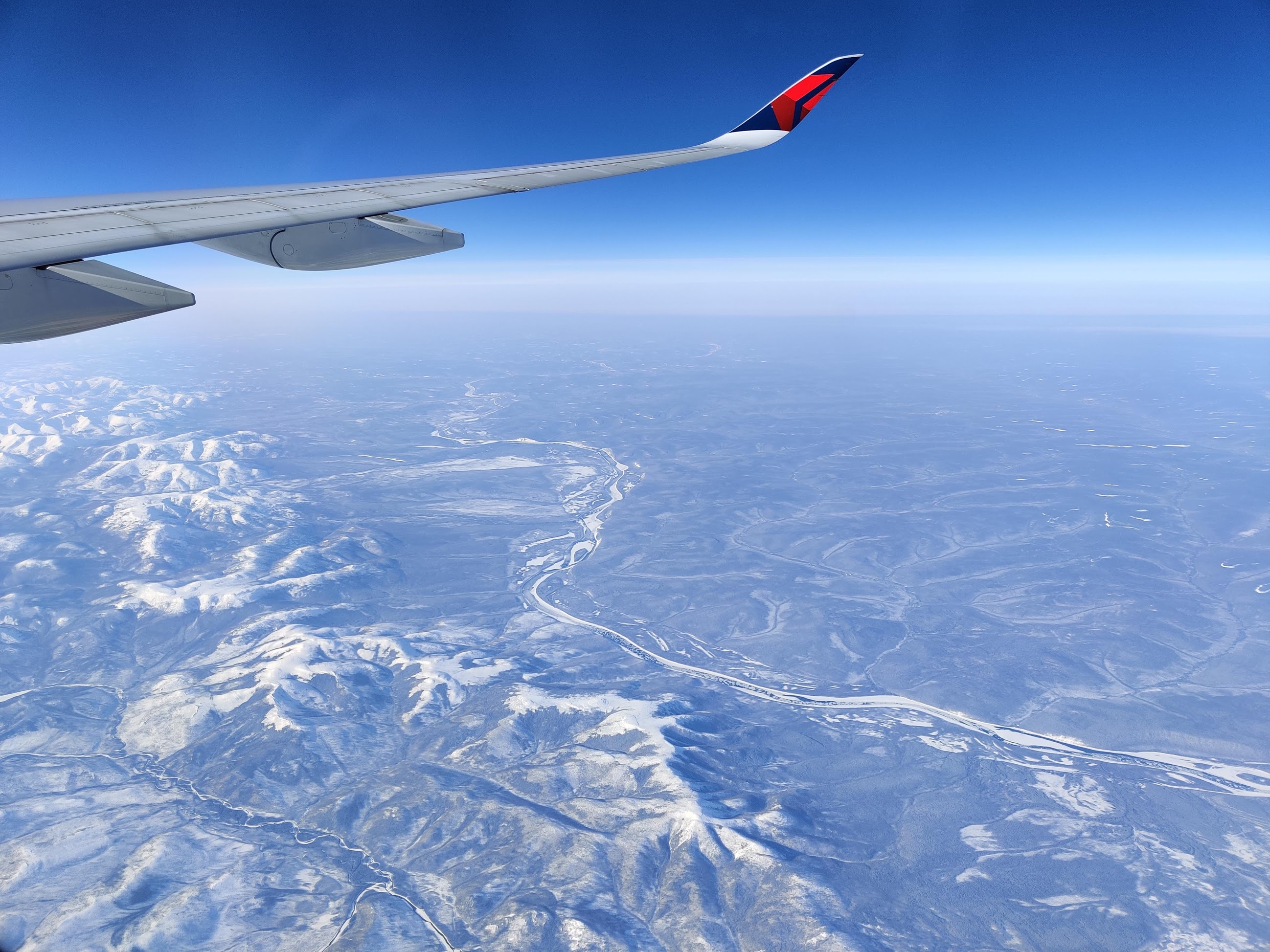 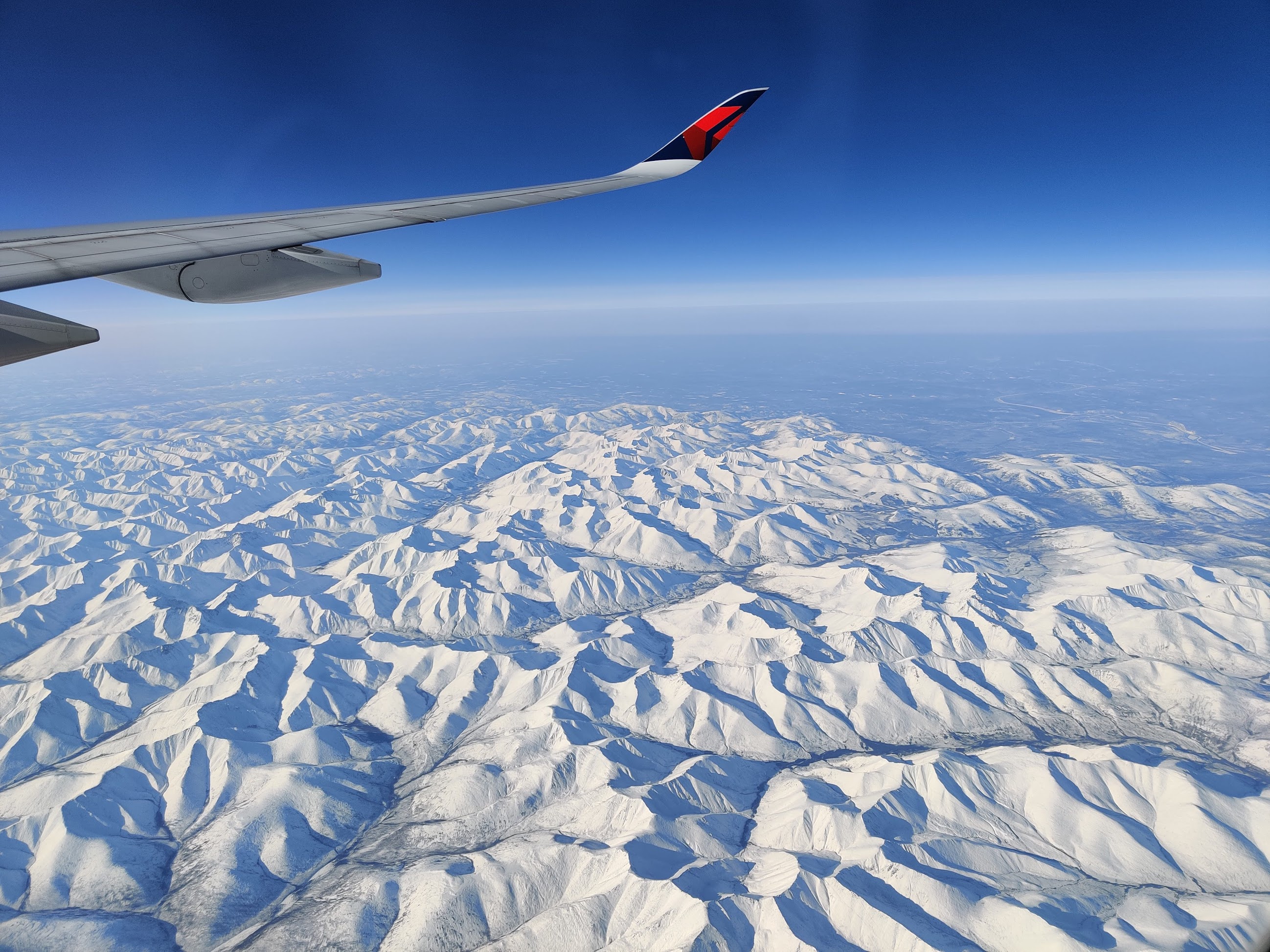 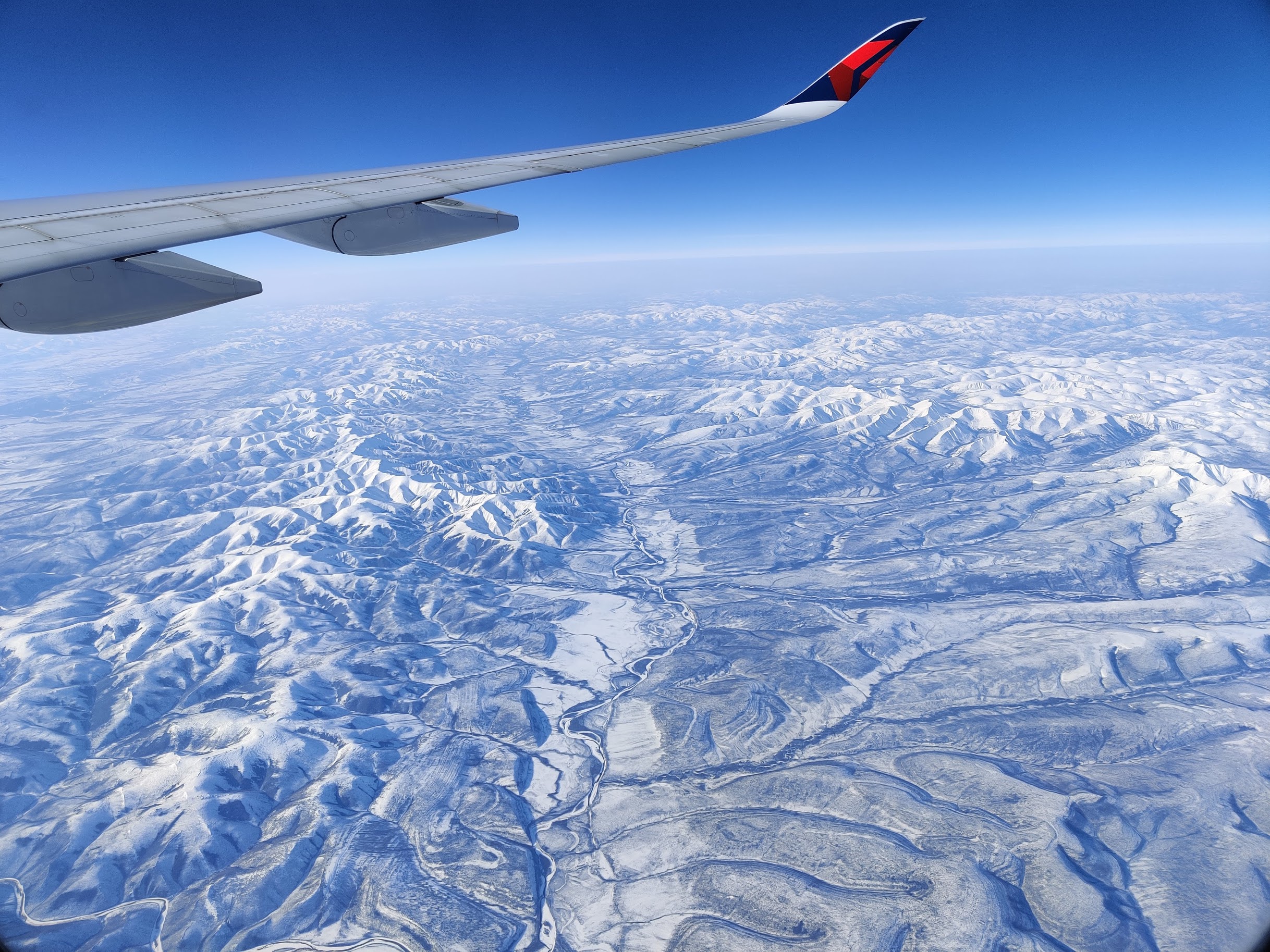 A river valley on the Aldan Plateau (Google Maps link) 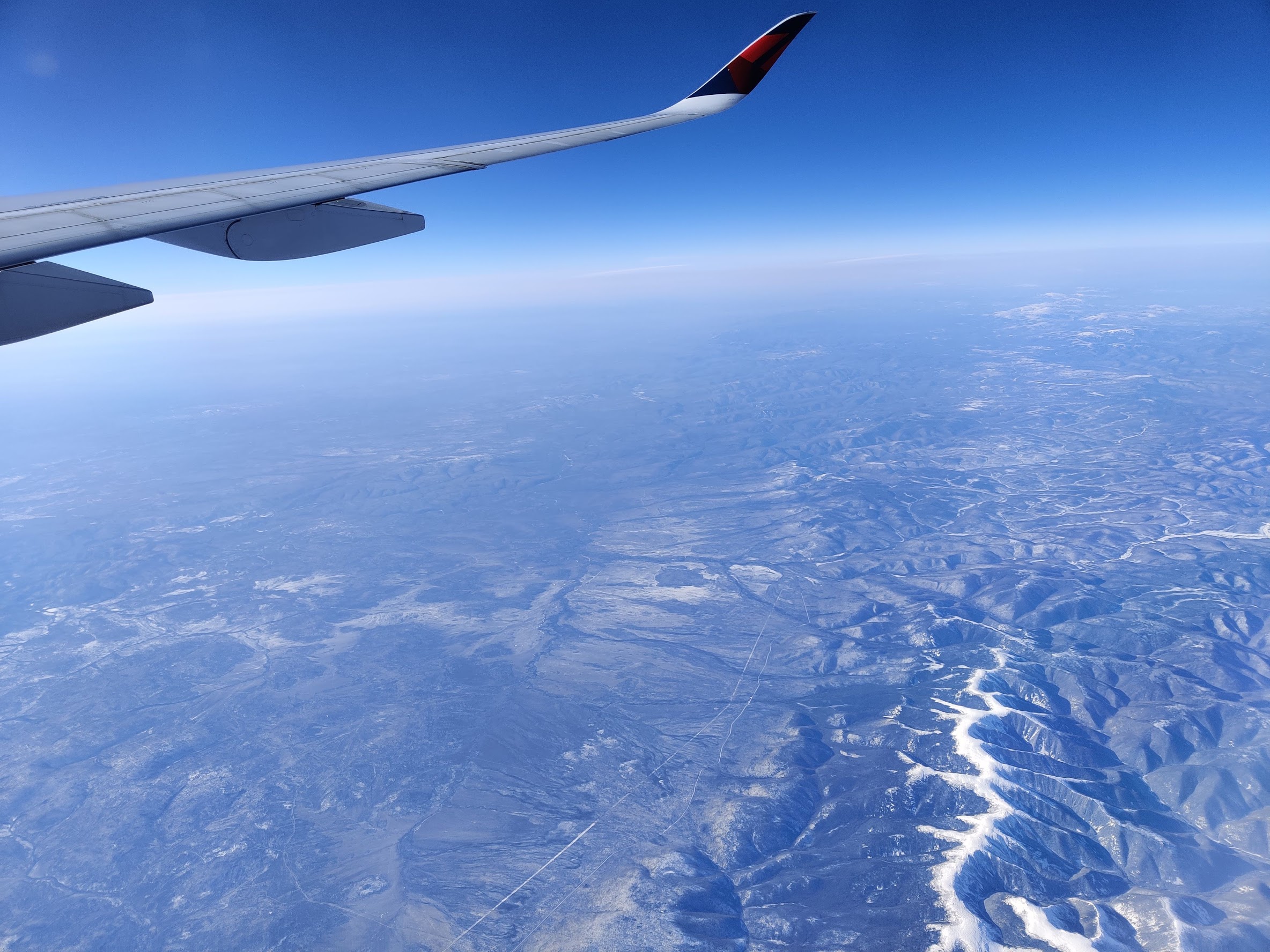 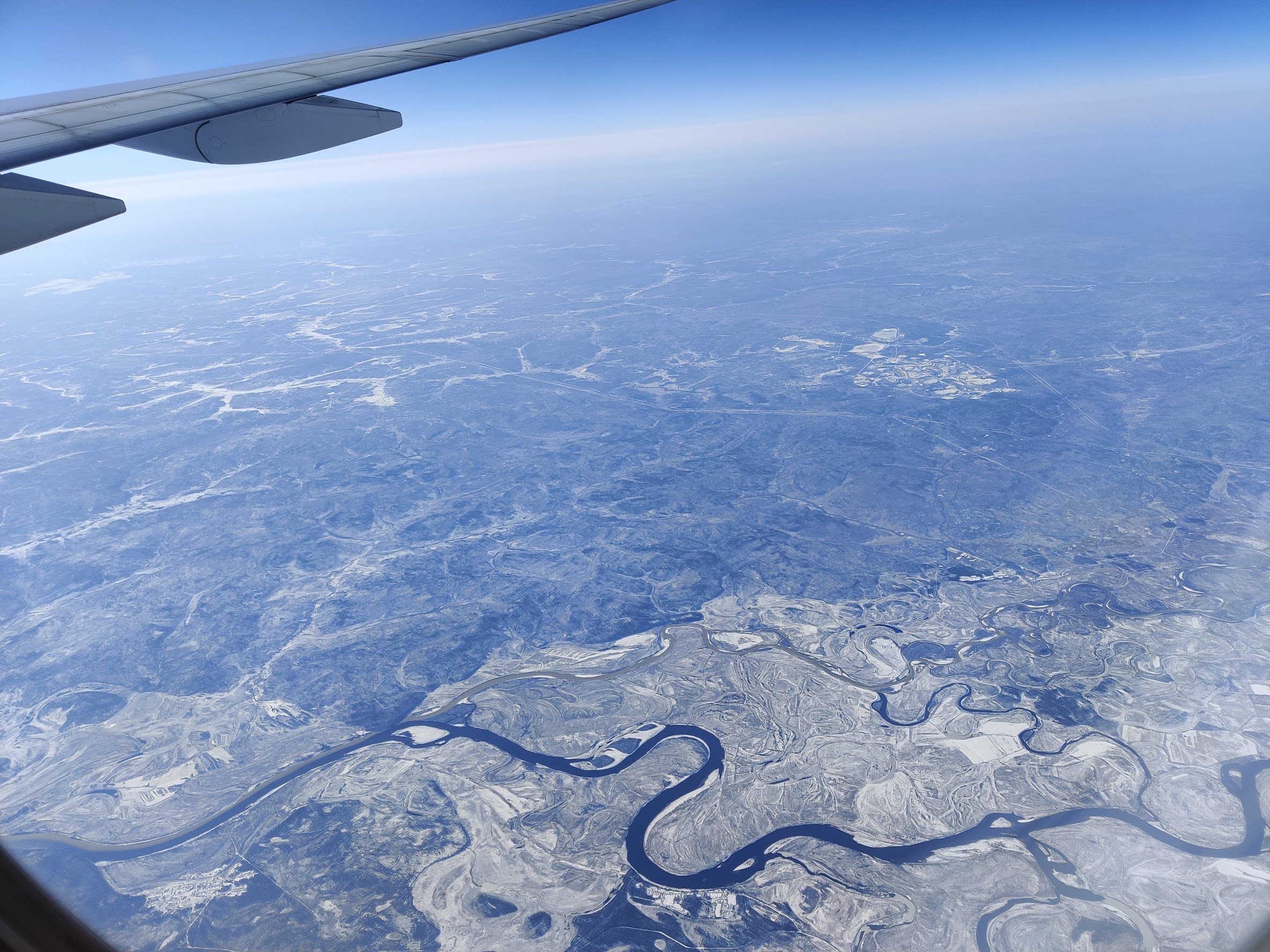 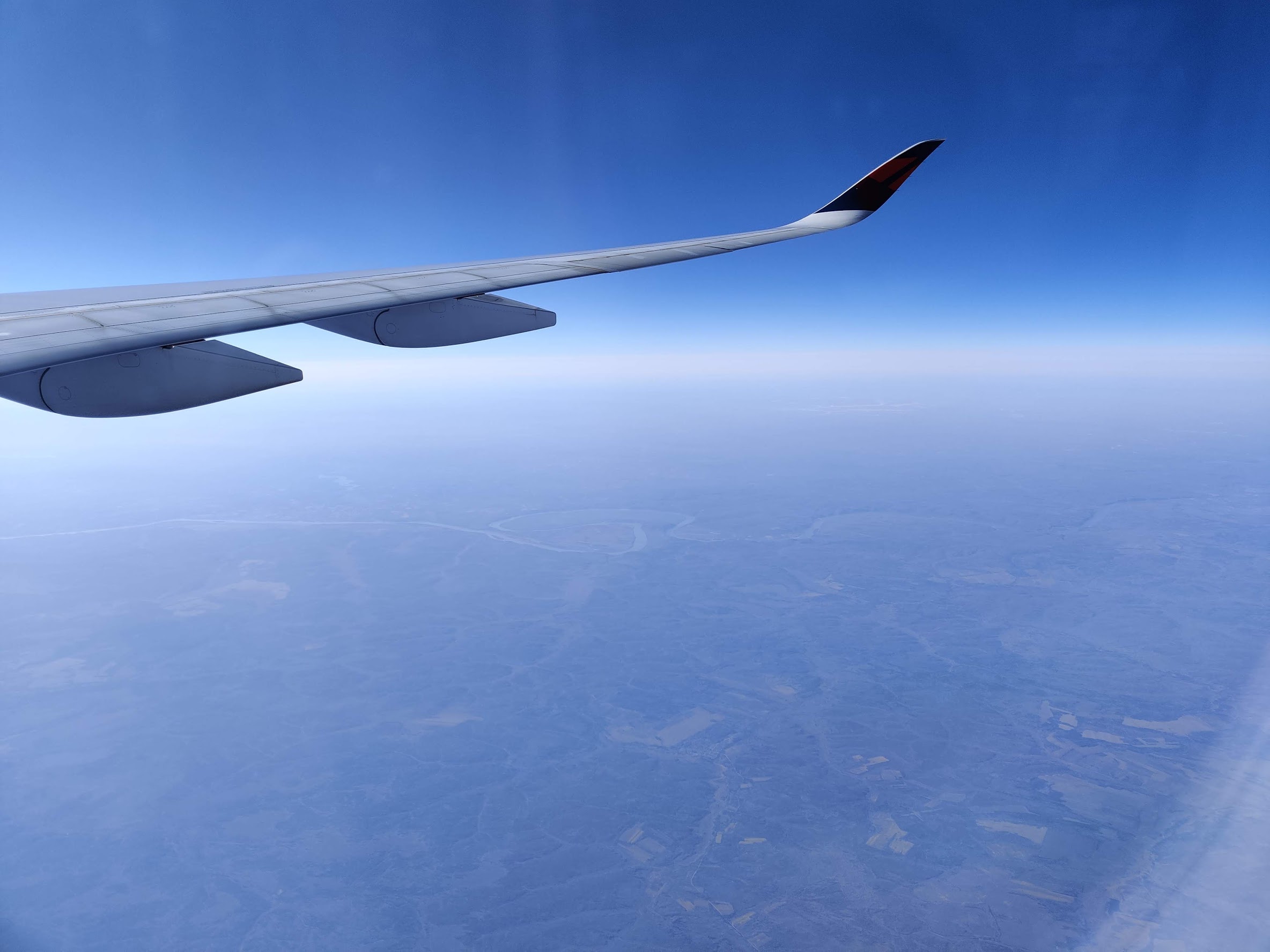 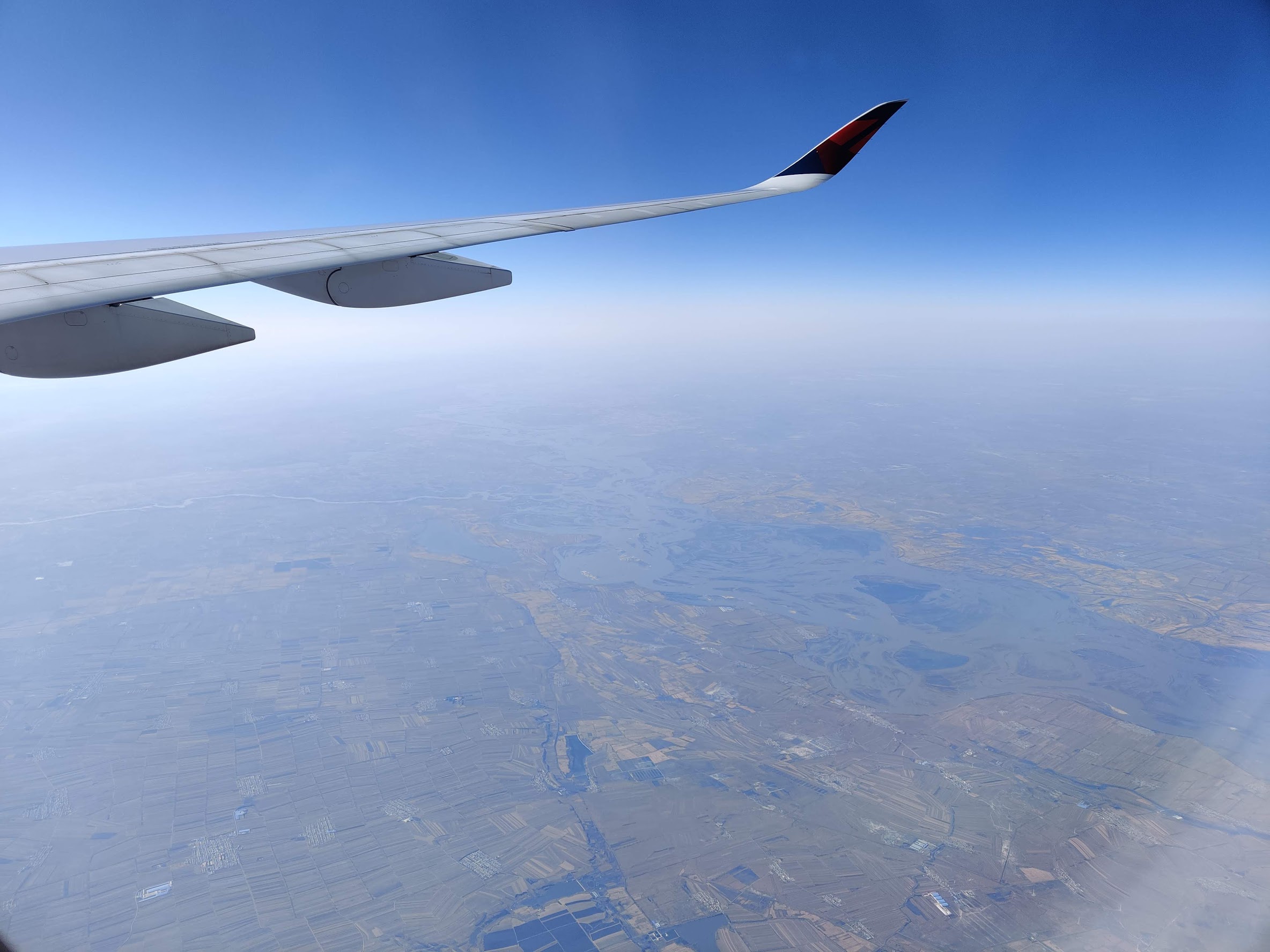 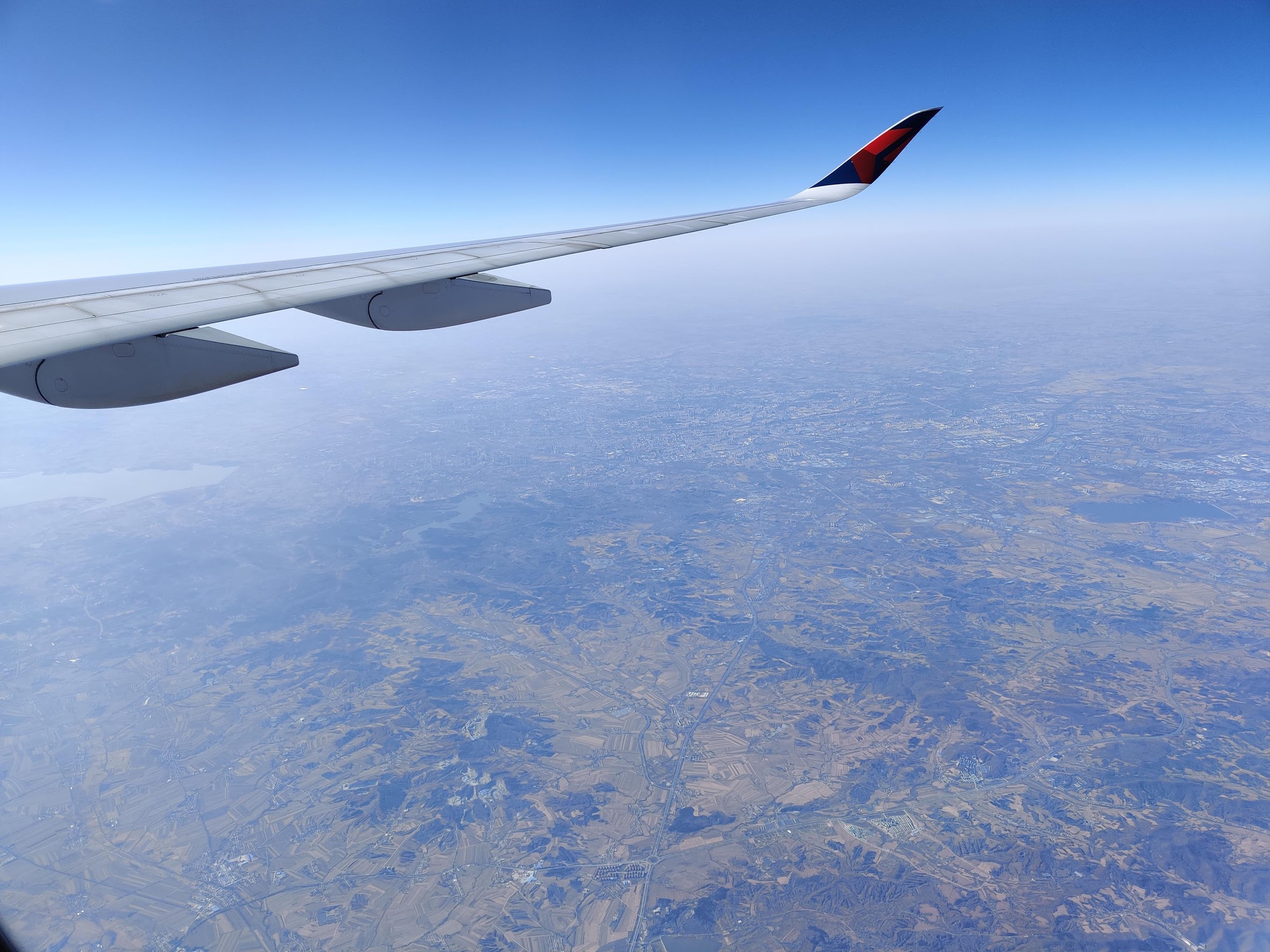 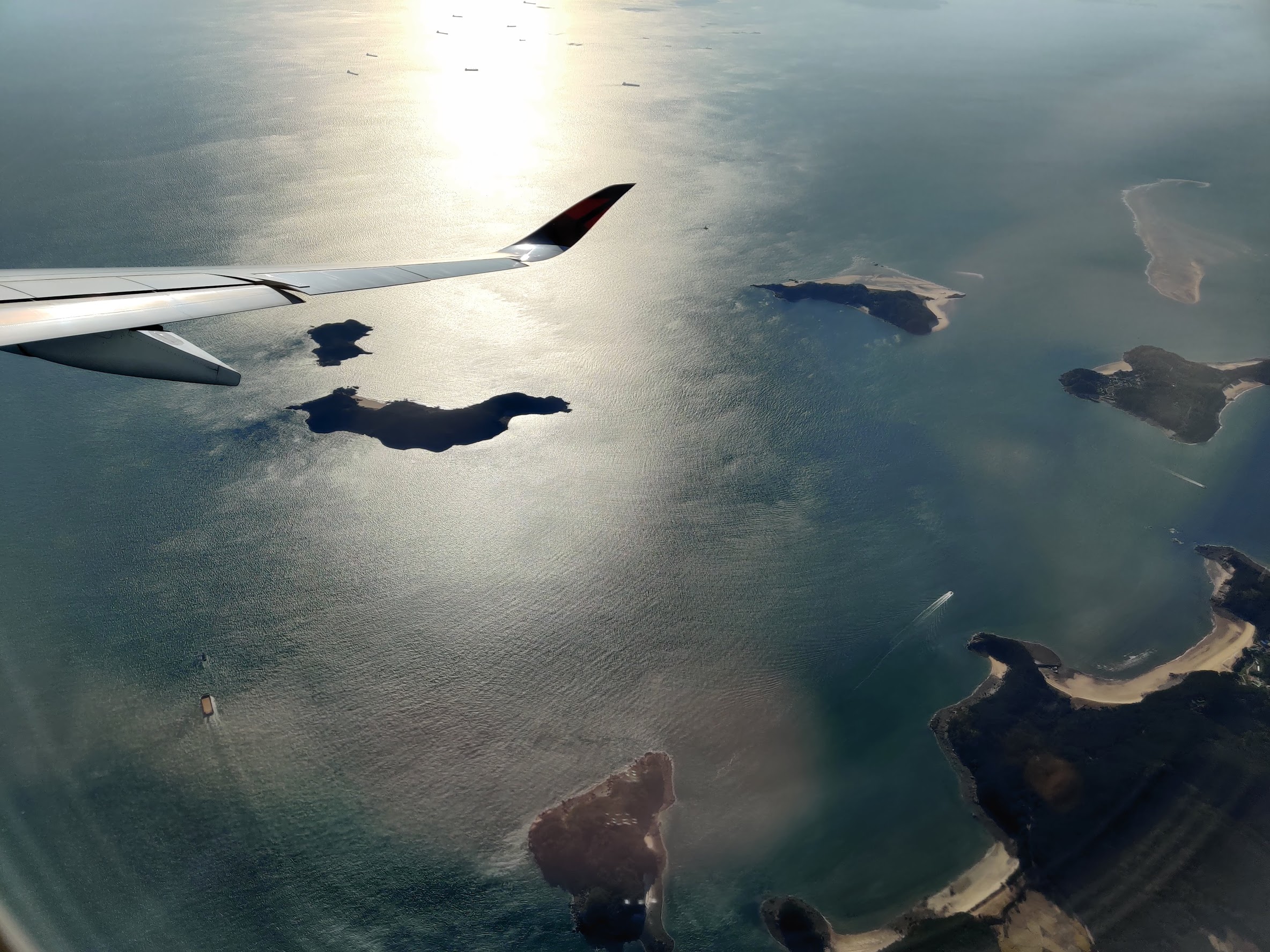